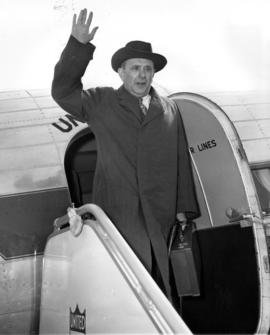 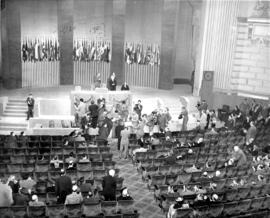 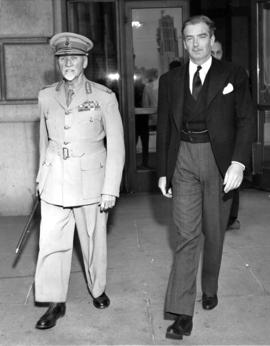 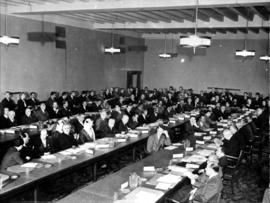 UNCIO Photographs -- Sir A. Ramaswami Mudaliear Lead of the India Delegation at a press Conference 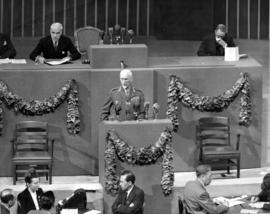 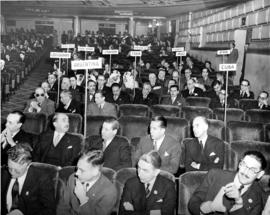