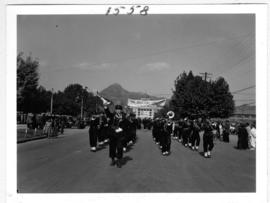 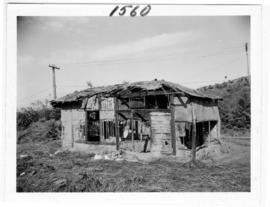 A ruined farmhouse on the Seoul-Suwon road. 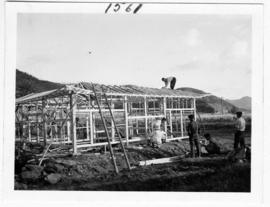 Nearby, new construction proceeds rapidly. The slender wooden framework is laced with rice-straw strips and packed with wet clay, then thatched. 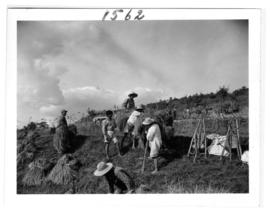 The entire family pitches in at harvest time. 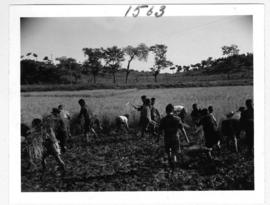 School children get time off from school to help the family make maximum use of the good weather. The young boys do the cutting. 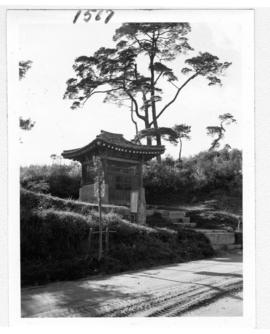 A wayside memorial on the Seoul-Suwon road, raised by friends of a beloved departed and used as a resting place by foot-travelers. 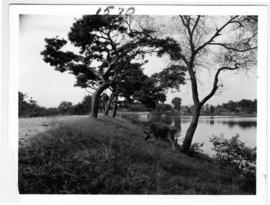 Also near the College. The water is held in an immense storage basin, stone-faced and with a huge concrete dam and spillway, built many years ago. 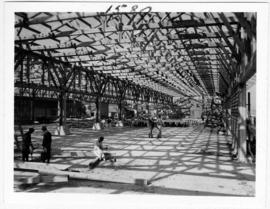 Construction scenes at the warehouses. 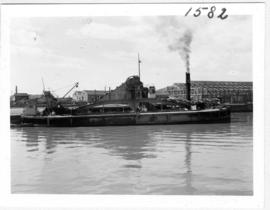 Alongside the docks, a bucket dredge repaired with materials made available by UNKRA, chews on the silted bottom to help make the harbor capable of handling larger ships. The dredge is one of four, owned by the ROK and sunk or damaged during the war for which UNKRA has provided repairs. It has also built and equipped a dredge which has been turned over to the ROK. 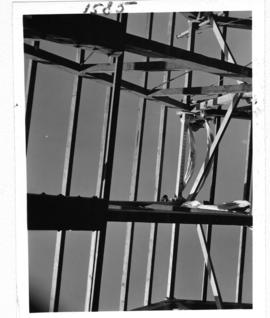 The ridge beam, symbolic of completion of the framing, is raised and bolted into place as the high point of the ceremony.