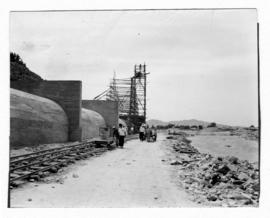 Construction work on the irrigation tunnel. 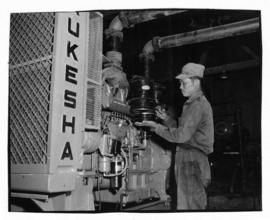 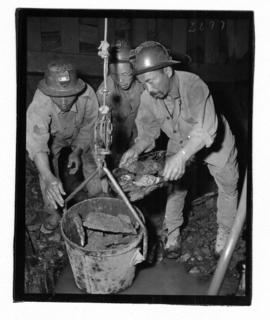 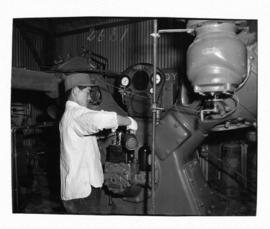 Oiling a compressor purchased by UNKRA. 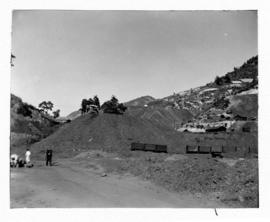 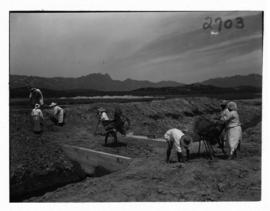 Men, women and children at Chungha-ri village work on the construction of an irrigation canal and dyke. 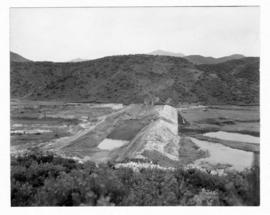 After the war the specialists who came to Korea with UNKRA were faced with many problems. Among them was that of restoring the irrigation systems and devising new and speedy methods of land reclamation. Money was allocated for building dams, weirs and pumping stations as well as for flood control. This photograph shows a dam in the process of construction. It has a hard clay center core and stone reinforced face for holding the water. 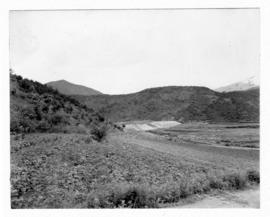 Another view of the dam, which divides the valley into two sections - the foreground will be flooded to provide a water storage point for irrigating the other half of the valley. 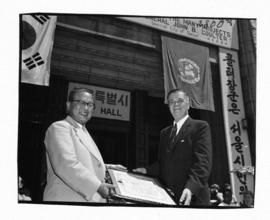 Lt. General John B. Coulter,, Agent General of the United Nations Korean Reconstruction Agency receives a citation from Tai Sun Kim, Mayor of the Special City of Seoul in recognition of the contribution to the reconstruction and rehabilitation of Korea's Capital city through innumerable UNKRA projects.