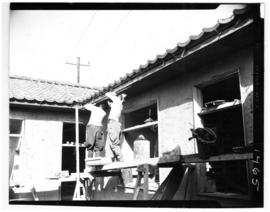 UNKRA housing in Pusan, where teeming slums already choked with refugees were further burdened when a fire wiped out a whole section of the city in November 1954. UNKRA is building 2,000 Korean designed homes in the area, and loaning materials, earth block machines and plans to ROK Government housing agencies and the program being carried out by the Armed Forces Aid to Korea, an army group. A few traditional-type rural homes still stand in the midst of the growing project. 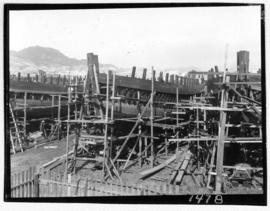 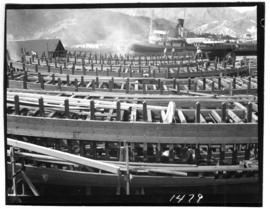 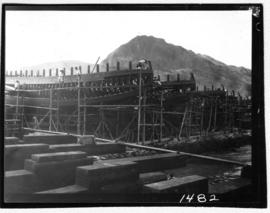 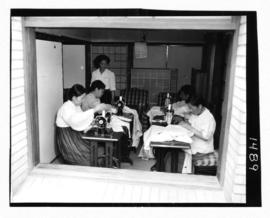 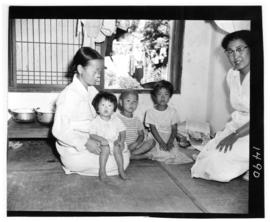 An elderly papa-san bears his share of the family burden at harvest time. 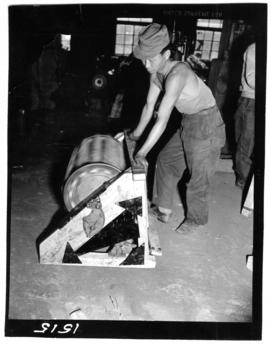 Workmen testing a rotary thresher at a factory near Suwon. It works by treading on a foot bar, and its protruding wire loops catch and behead the grain.