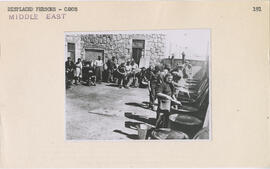 'Here they are cooking their own food in the out-of-doors.' 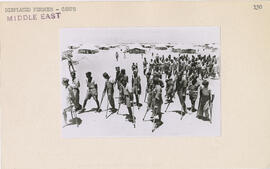 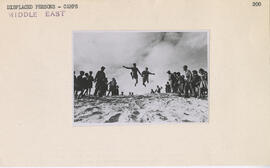 'In this action picture, a couple of youngsters who, 18 months ago, were in the mountains of Bosnia sniping at German soldiers, are competing in the long-jump section of a big athletic meeting organized at El Shatt, UNRRA's biggest refugee camp in the Middle East.' 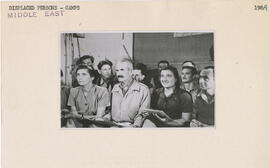 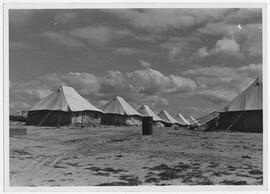 In summer the sky is a gorgeous blue, but in winter storms are apt to lash Palestine, turning tented living quarters into mud and slush. These are the conditions under which Dr. Rita Morgan, of New York City, has worked for the last four months. (Photo by Mihanoff).' 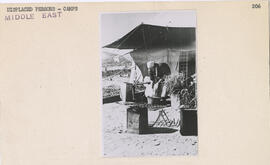 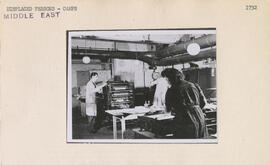 'In the early days, there was only one typewriter, old-fashioned and inadequate. Now the news-sheet, Nas List, has a first class staff, and a fool-proof organization.' 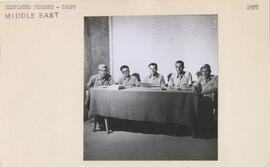 'The committee was appointed by Tito's National Committee of Liberation and has complete charge of the internal government of the camps. Left to right: Ivan Jurlina, formerly a farmer from Dalmatia, Dr. Milivoi Viskovich from Split, Ivor Markich, President of the Committee, who was a primary school inspector in Dalmatia, Mate Barbich, the secretary, an agronomist who before the war was Chief of the Agricultural Section of the Banovina; and Mate Plosnich, a worker from a village outside Split.' 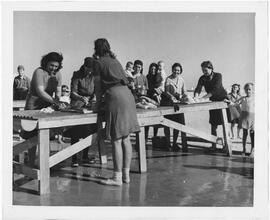 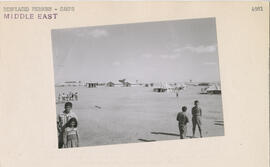