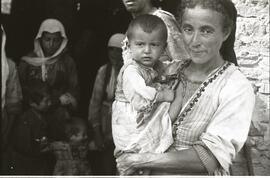 [Albania] A woman refugee from Cameria and her baby.

UNRRA / 1390-1"The refugees live in ruined barracks, huts and half-destroyed houses which is all war-shattered Albania can spare them. [They] are dressed mostly in rags and have enough to eat so that they can live and no more. This woman'... 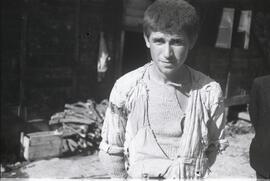 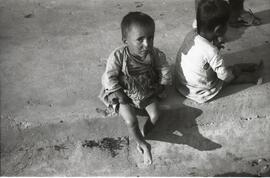 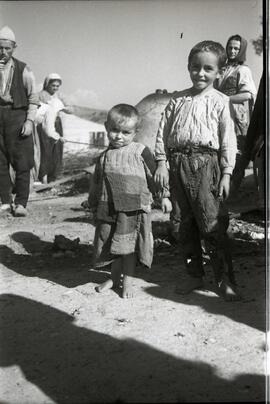 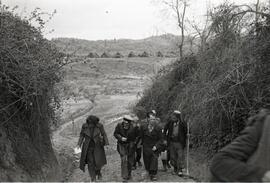 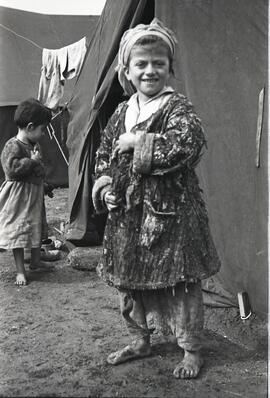 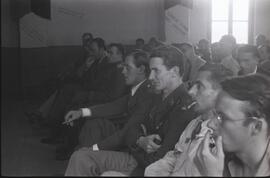 [Albania] Visitors at the Camerian Congress. 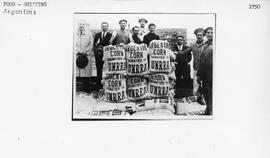 [Argentina] Buenos Aires, Argentina corn donated by the Argentine government to UNRRA, which is being shipped to Italy for use in the UNRRA relief program there. 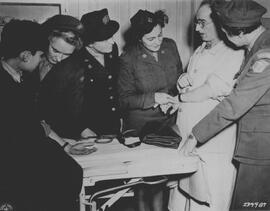 [Austria] Totschild Hospital, chief nurses and a medical officer examine concentration camp numbers, tattooed on the arms of Louis Farrie, an Italian Jewish boy, 12 yrs old, and Dr. Walten, an Austrian Jew, who was in a concentration camp for 7 yrs. 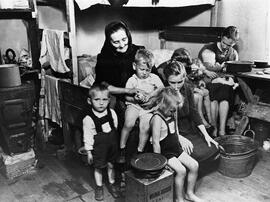 [Austria] Refugees from the Austrian border countries live under miserable condition[s] in barracks in a poor district of Vienna.

UNRRA / Austria 1856 [Scanned Image - Gray Scale]"There are 21 people living in one room and sleeping in bunks. There is no fresh air as cooking goes on on a primitive stove heated winter and summer. (Photo by Franz Chobot).""May 1...