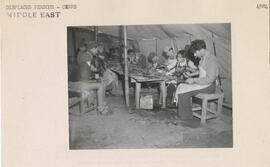 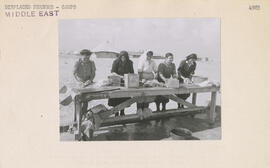 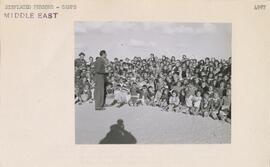 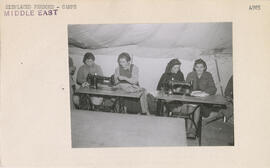 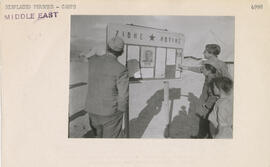 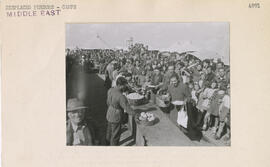 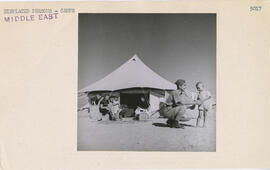 'Luke Antimovich from Dalmatia is a butcher and works at his trade in the camp. Across from him is his wife, beside him his daughter and her cousin. (OWI photo by Badger, Cairo List J).' 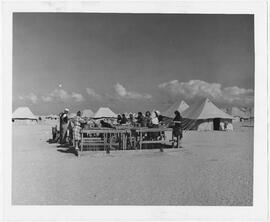 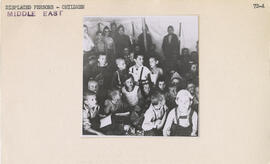 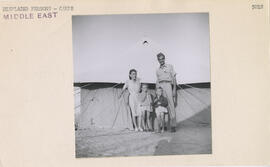 'Father of the family is Mate Barbich, Secretary of the Yugoslav Central Committee who was sent out with the refugees by Tito's National Committee of Liberation. With him are his wife and his two daughters Alenka, six, and Tanya, three. Barbich was an agronomist before the war and was Chief of the Agricultural Section of Banovina. (OWI photo by Badger). (OWI Cairo List J).'