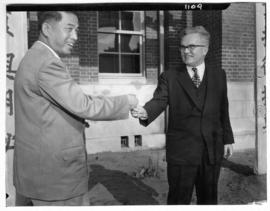 Yang Sung Bok receives the key to the Administration Building from Mr. Goodison. 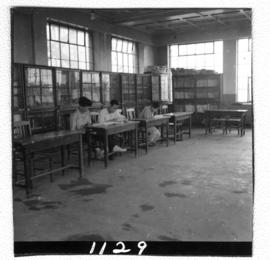 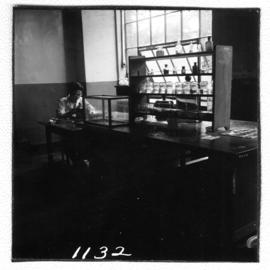 A corner of the reconstructed and modernized laboratory at Taegu Medical College. 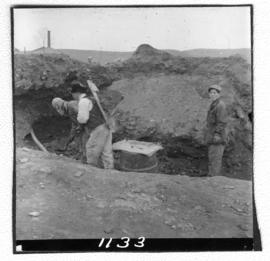 Tungsten being mined by old-fashioned hand methods at a seam near Inchon. Korea is one of the world's largest producers of tungsten. 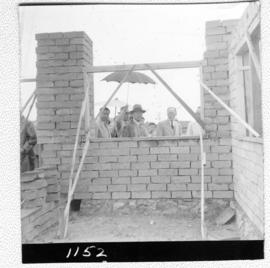 Dr. Rhee surveying the exterior of a partly-finished house. Note the thickness of the walls. 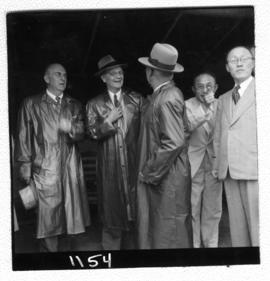 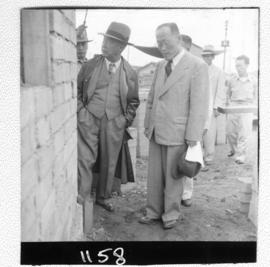 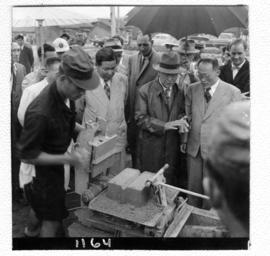 Inspecting the machine. One hundred Landcrete machines were brought by UNKRA from South Africa. Forty-six were later made available to the ROK Army to help in the rebuilding of fire-damaged Pusan. 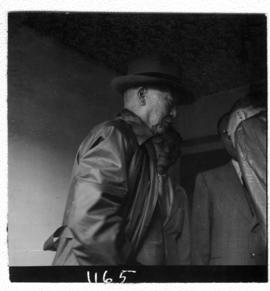 Dr. Rhee, General Coulter and Mr. Pak inspecting the first completed house in the An Am Dong project.

More shots of Dr. Rhee, Madame Rhee and other members of the party.