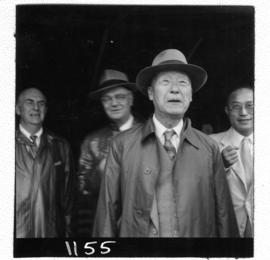 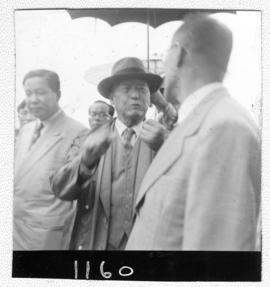 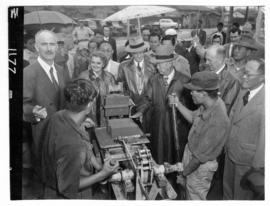 Madame Rhee and General Coulter watch Dr. Rhee testing the quality of one of the rammed-earth blocks. A total of 5,500 housing units are planned under an UNKRA/ROK housing development scheme. The houses were designed by the Institute of Korean Architects. 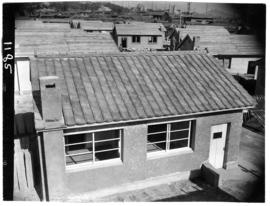 A completed house in the 200-house An Am Dong project. 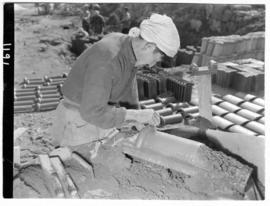 Making roof tiles for the houses. The tiles are made in a mould from a mixture of sand and cement. After drying for a week, the tiles are painted with cement and graphite and emerge with a smooth, hard, rain-shedding finish. 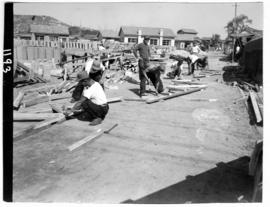 Carpenters making the roof trusses for the houses. The timber was supplied by UNKRA. 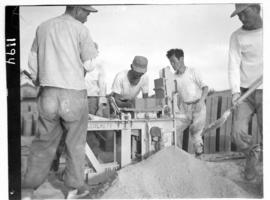 Five men co-operate in the block-making process. One fills the mould with the earth-cement mixture. The foreman adjusts the moulds and regulates the machine. Two others operate the levers to press the blocks into shape. The fifth carries the finished block to the stockpile. The process takes approximately 35 seconds. 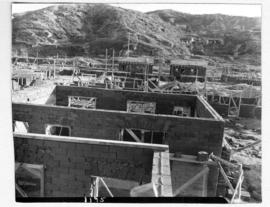 View of the UNKRA/ROK housing development near Pusan. 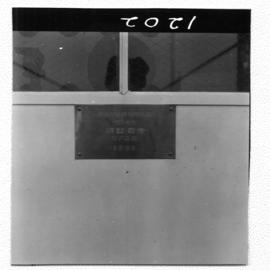 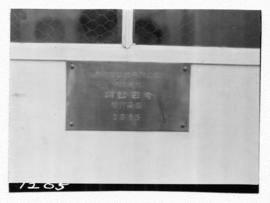