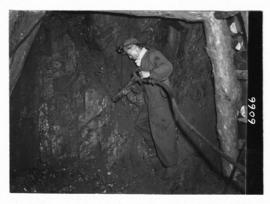 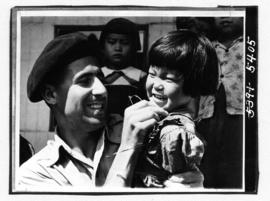 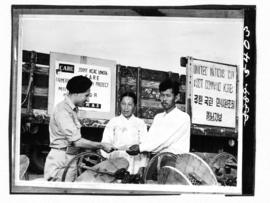 An UNKRA welfare officer, Mr. Francis Preziosi, assists in the distribution of farm implements in an aid programme jointly carried out by CARE, KCAC and UNKRA. 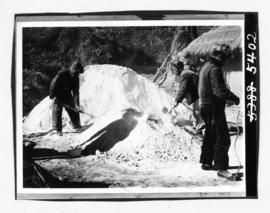 UNKRA welfare officers introduced the use of lime to improve the quality of the soil. This method was previously unknown in Korea. 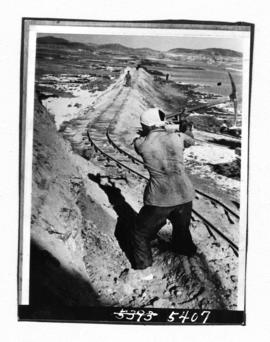 Land reclamation schemes have helped to increase the arable land in South Korea. This picture shows the building of the protecting sea wall. 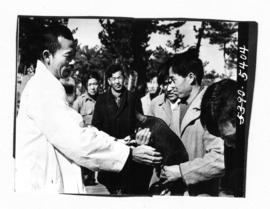 To help the farmers, UNKRA started a pig fund under which poor families were given a pig and then repaid by returning a piglet from the first litter. 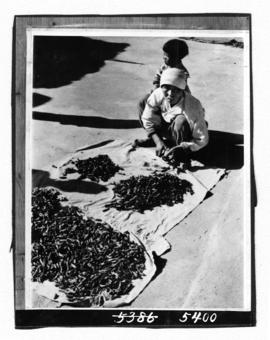 Drying red peppers which are an important adjunct to the Korean diet of rice and kimchi. 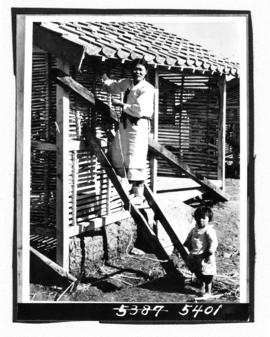 The whole family takes part in the house-building operation. 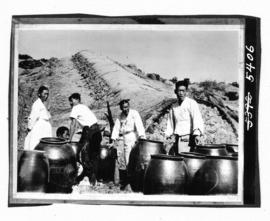 Refugees from the north re-established themselves in a new area by building a kiln and making kimchi jars. 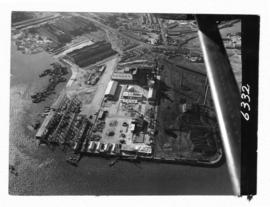 Aerial view including the furnace and Fourcault machine building, the cutting room and the wire glass building. The 150,000 gallon water tower, on the right, is over 168 feet high. In the foreground, an abandoned shipyard and on the right a waterfront warehouse.