"This series is a complete copy of the UNWCC Fonds (AG-042) which was done microfilmed by the United Nations Archives and Records Management Section in the mid-1980s. It contains reports of National Military Tribunals, charge files consisting of formal charges submitted to the Commission with accompanying data along with lists of war criminals, security suspects and witnesses especially. from the Central Registry of War Criminals & Security Suspects (CROWCASS) and other lists of related materials submitted by National Offices. "

Records of the War Crimes Commission / Series no longer in use, see notes

"The records of the War Crimes Commission in the United Nations Archives consist of: minutes, documents and reports of the Commission and its Committees, the Research Office, the Far Eastern and Pacific Sub-Commission; further there are periodical lists of War Criminals, Suspects, Witnesses (including approximately 37,000 names) and related material of the main Commission and of the Far Eastern and Pacific Sub-Commission; documented is also some correspondence, mainly with various National Offices. The more voluminous part of the documentation of the War Crimes Commission are records submitted by Member Governments, other National Authorities and Military Tribunals: some 8,000 charge files and related material; periodical lists of about 37,000 War Criminals, Security Suspects and Witnesses; reports of National Military Tribunals; transcripts of proceedings and documents of the International Military Tribunal for the Far East. Finding aids in the form of indexes are part of the above enumerated records. Files and boxes under this series were re-processed into various series under Sub-fonds AG-042-001, AG-042-002 and AG-042-003. TRIM box numbers (starting with S-1804-) as well as previous file numbers were maintained however. So although this Series is no longer in use per se, the box numbers now under other Series still use "S-1804.""

"This series has been renumbered to (S-1848). The original series (S-0601) contain paper records and microfilm originals. As of July 2005 boxes 12, 27, 28, 29 and 30 are not on the shelves, i.e., they have probably been moved, or are missing. Microfilm originals are in boxes 10 and 11 (and according to Karyono Sugiarto, box 12 also contained original microfilm reels). No further description is available for the records in these boxes. The contents of the microfilm (which correspond to originals held in secure off-site storage) are described in a published inventory and a later more complete inventory (which includes corresponding microfilm numbers). Both FF and LIC Reading Rooms have 2 copies of the detailed finding aid. Access conditions: By application to the Secretary-General. Access decision by the Office of Legal Affairs. Permission is communicated by the Assistant Secretary-General to whom the Archives and Records Management Section reports." 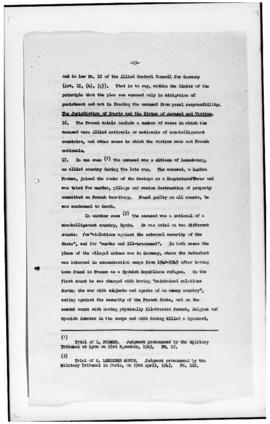 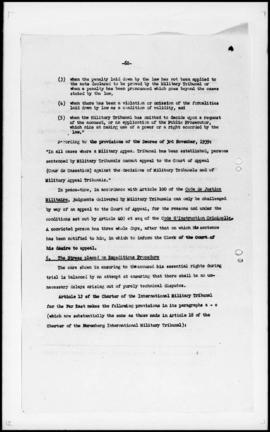 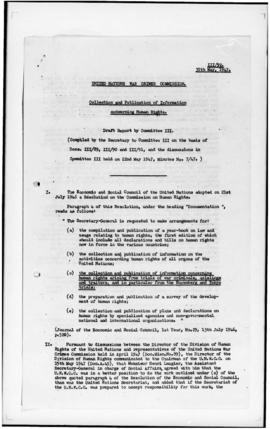 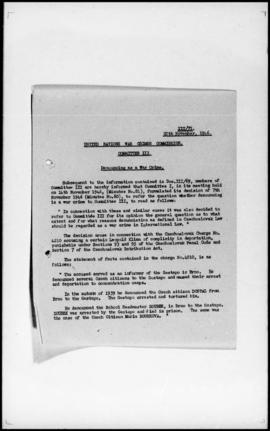 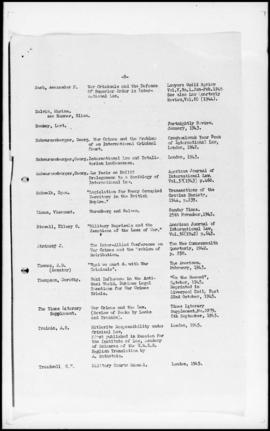