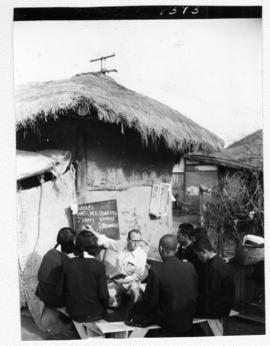 Another shot of the English class conducted by Sherwood Marin, who comes from Seattle. 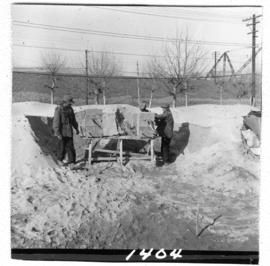 Steel forms for concrete pillars stand like skeletons against the Korean sky as building begins on the Textbook Printing Plant at Yongdongpo, Seoul. UNKRA is providing the building and UNESCO is equipping it with modern presses to help meet one of Korea's greatest needs -- books to feed the hungry minds of the school children. 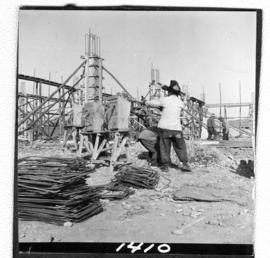 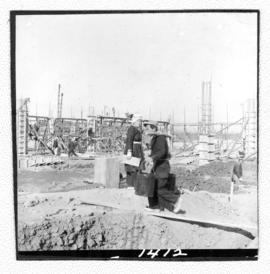 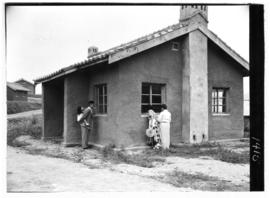 A Korean family inspects a house with a view to buying. Local housing authorities handle the sale of the units, usually on the basis of a 20 per cent down payment and an eight-year mortgage. 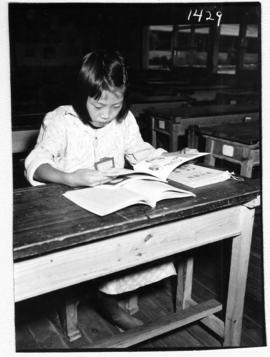 Books are scarce and usually owned by the teacher himself. Students share the use of books available, and devour anything they can get their hands on. UNKRA's Textbook Printing Plant built and equipped in co-operation with UNESCO, opened in September of 1954 and is to turn out 30 million textbooks a year. 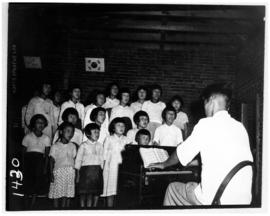 After-class singing at Konduk elementary school about 10 miles out if Pusan proper. UNKRA aid in this case was increased by the parents of the rural students. To lumber, glass, nails and cement was added HW 1,200,000 of their own funds. With the community's brick kiln, they turned out enough red brick to make a fine six-room school, working over two winters. 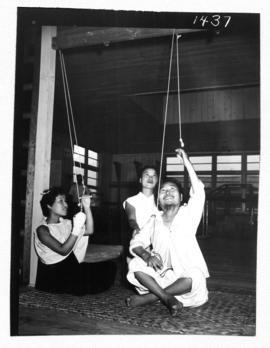 A girl suffering from the effects of torn shoulder ligaments and an elderly arthritic enjoy a workout on the Center's equipment. The old gentleman at first refused to move his limbs or feed himself but saw others in conditions as bad as his own getting along by themselves, soon joined in the exercises and now happily contemplates full recovery. 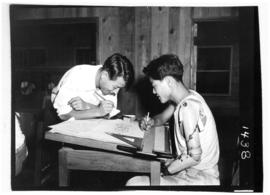 A Korean drafting instructor jests with a student in the Center's drafting room. Tongnae has 80 patients, mostly amputees, and anticipates a new group shortly from the nearby German Hospital and Swedish Hospital, which have no therapeutic facilities for amputees.