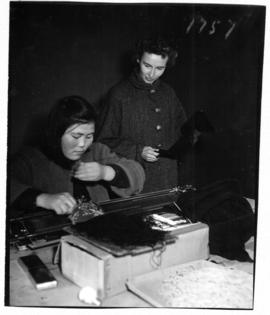 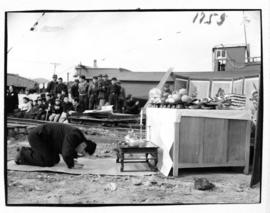 The Director of the Chosun Shipyard Pusan asks the blessing of Buddha on the new ships. The altar is laden with gifts for Buddha. 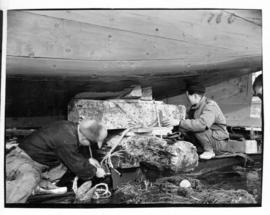 Workmen get ready to remove the stops prior to the launching of the boat. 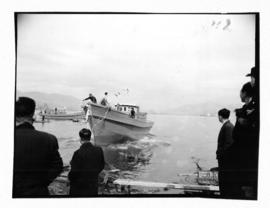 There she goes… safely afloat. 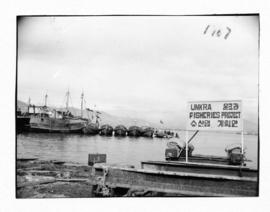 The five trawlers tied up alongside the quay following the launching ceremonies. 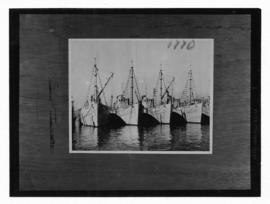 A close-up of four of the trawlers in Cheoy Lee Shipyard, Hong Kong. 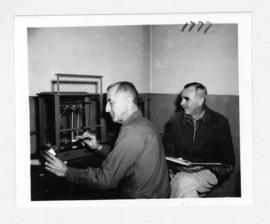 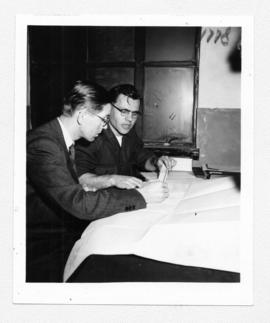 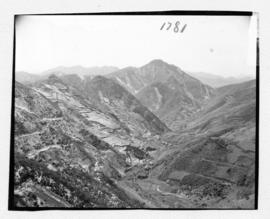 The Macha-ri coal field is situated in the heart of the mountains in Kangwon-do province, 150 miles southeast of Seoul. 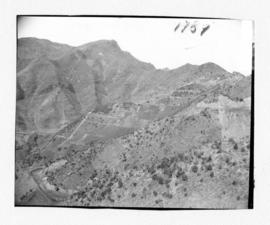 The coal is mined high up in the hills and deep down in the valleys.