Administrative history: The Registry Section was established ca. 1954; the system was discontinued in 1979, after the decision to move to a decentralized records management system. Function was the centralization of Secretariat recordkeeping in one large classification system. Predecessor was Central Registry Section. Succeeded by decentralized recordkeeping by departments in consultation with the Archives Section's records management programme.

Series consists of the Registry Section's files relating to political and security matters as the TE series, which are specifically concerned with UNTSO only: the personnel records. Arranged numerically by file number, and therein chronologically. 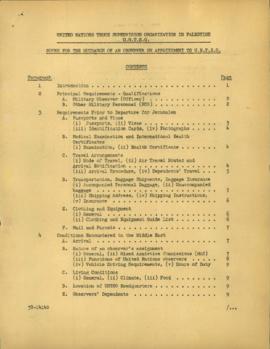 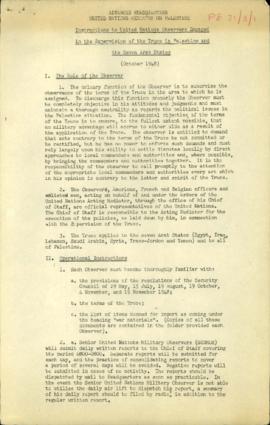