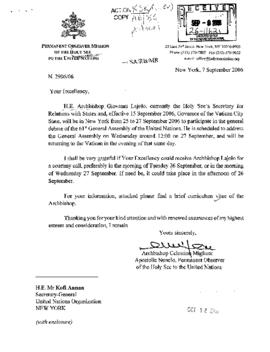 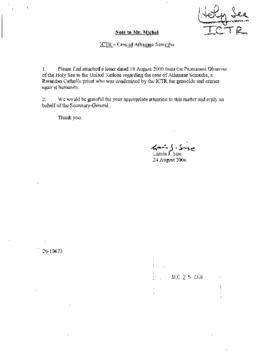 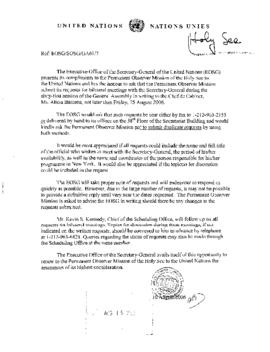 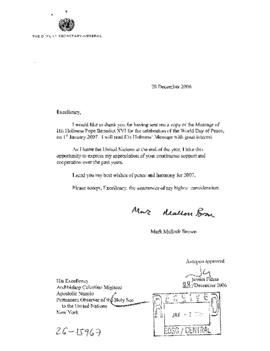 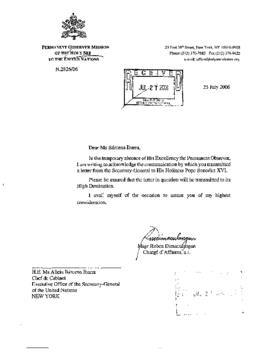 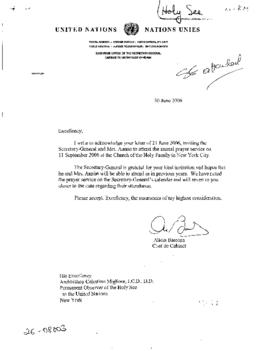 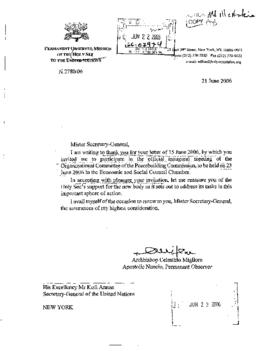 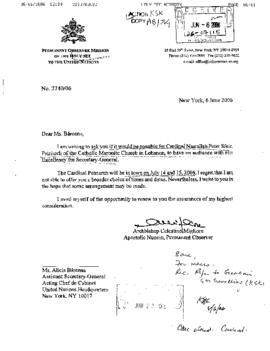 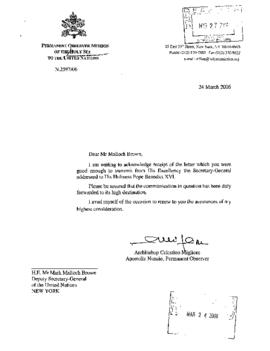 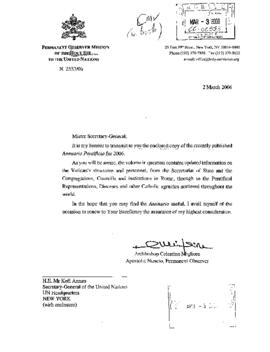 Series contains records pertaining to the Office of the United Nations High Commissioner for Human Rights (UNHCR) and to human rights abuses in Cambodia, Cuba, Iran, Iraq, Kuwait, Myanmar, Rwanda and the former Yugoslavia. Files which pertain to Cambodia document negotiations between the United Nations and the Royal Government of Cambodia to establish a tribunal to try former members of the Khmer Rouge. Files which pertain to Myanmar concern the Secretary-General's good offices mandate in facilitating national reconciliation and democratization in Myanmar. Series also documents Mary Robinson's period of appointment as United Nations High Commissioner for Human Rights (1997-2002). Series also contains files on the International Criminal Tribunal for Rwanda (ICTR) and the International Criminal Tribunal for the former Yugoslavia (ICTY), which concern the trials of individuals accused of genocide, crimes against humanity and war crimes in Rwanda and the former Yugoslavia. ICTR and ICTY files include records pertaining to the appointments of prosecutors and judges to the tribunals and reports of the progress and administration of the tribunals. Also included in the series are files pertaining to the Office of the Special Representative of the Secretary-General for Children and Armed Conflict, which include records concerning the recruitment of children for armed conflict and sexual violence committed against children in the following United Nations member states: Liberia, Cote d'Ivoire, Sudan, Burundi, Uganda, Somalia, Iraq, Afghanistan, Nepal, Sri Lanka, Philippines and Colombia. Series also contains records pertaining to the New International Economic Order (NIEO) and the Secretary-General's participation in Group of Eight (G8) Summits. Series documents activities between the United Nations and governments and organizations having observer status, including Switzerland, the Palestinian Liberation Organization (PLO) and the Holy See. Records consist of correspondence, statements, notes of meetings, reports, memoranda and code cables.