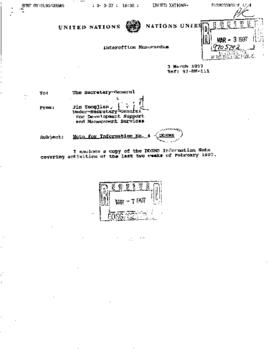 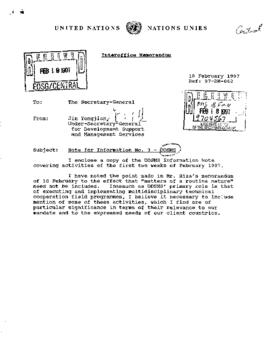 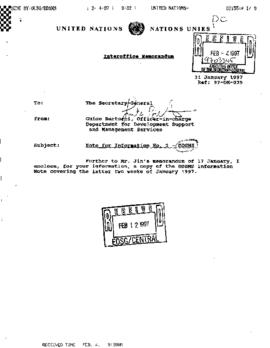 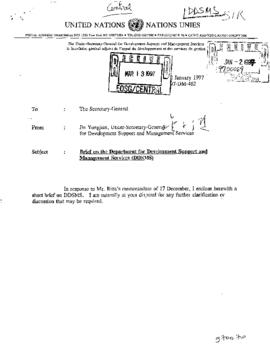 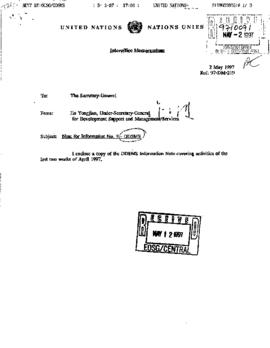 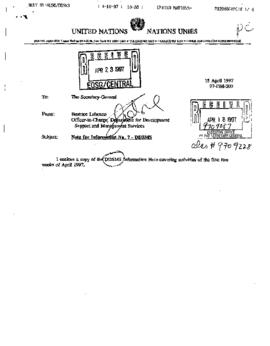 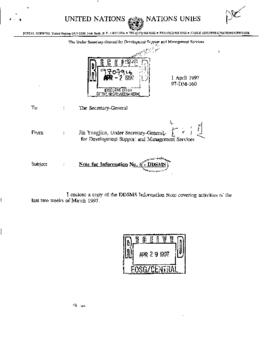 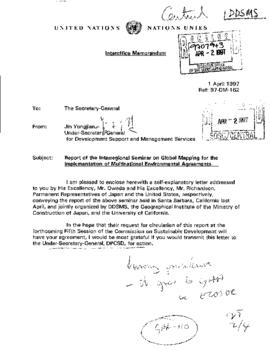 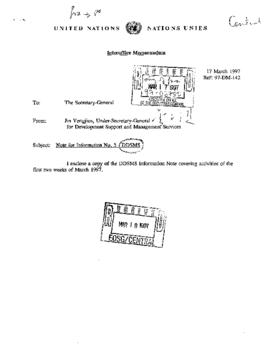 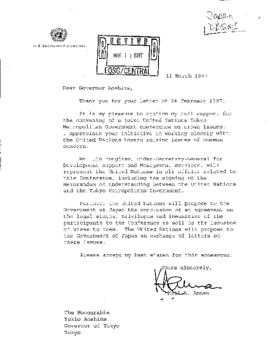 Documents in this series pertain to matters which have come to the Secretary-General for action or which are the products of the Secretary-General's work or authority. Files for the Department of Political Affairs (DPA) include reports on activities and proceedings of the Security Council and records documenting informal consultations between members of delegations and the Security Council. Files for the Office for the Coordination of Humanitarian Affairs (OCHA) include records pertaining to the Office of the Emergency Relief Coordinator (OERC), Office of the Iraq Programme (OIP), Office of the Humanitarian Coordinator for Iraq (UNOHCI), the United Nations Independent Inquiry Committee (IIC), as well as to earthquake, flood and tsunami relief and the International Strategy for Natural Disaster Reduction.

A key set of records consists of code cables sent to Kofi Annan from Under-Secretaries-General, Assistant Secretaries-General, Special Representatives, Special Coordinators and Special Advisers of the Secretary-General. The cables contain information about responses to crises in Timor-Leste, Kosovo, the Horn of Africa, and Lebanon where special commissions were created, special envoys were deployed and interim forces were sent. In addition, they include discussion of structural reform and added positions such as two deputy-secretary generals. The code cables also contain correspondence with the Security Council on such topics as the draft resolution of Sierra Leone and the draft peace agreement for the Democratic Republic of Congo.