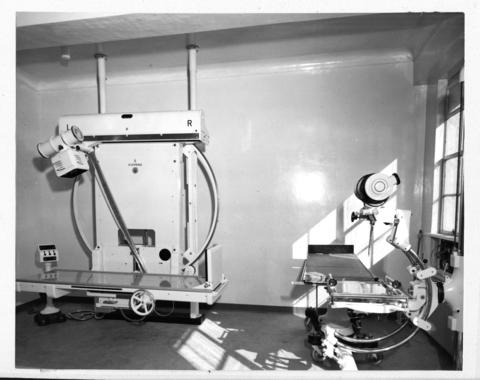 Part of the modern X-ray equipment at the new $4.4 million National Medical Center in Seoul, Korea. The Center's modern X-ray department is equipped with eight stationary X-ray machines. It also has four transportable machines like the one shown in the right of the picture. The Center, which was dedicated on 2 October 1958, was established through the United Nations Korean Reconstruction Agency (UNKRA) aid program under a project carried out jointly by UNKRA, the Korean Government and the Governments of Denmark, Norway and Sweden.